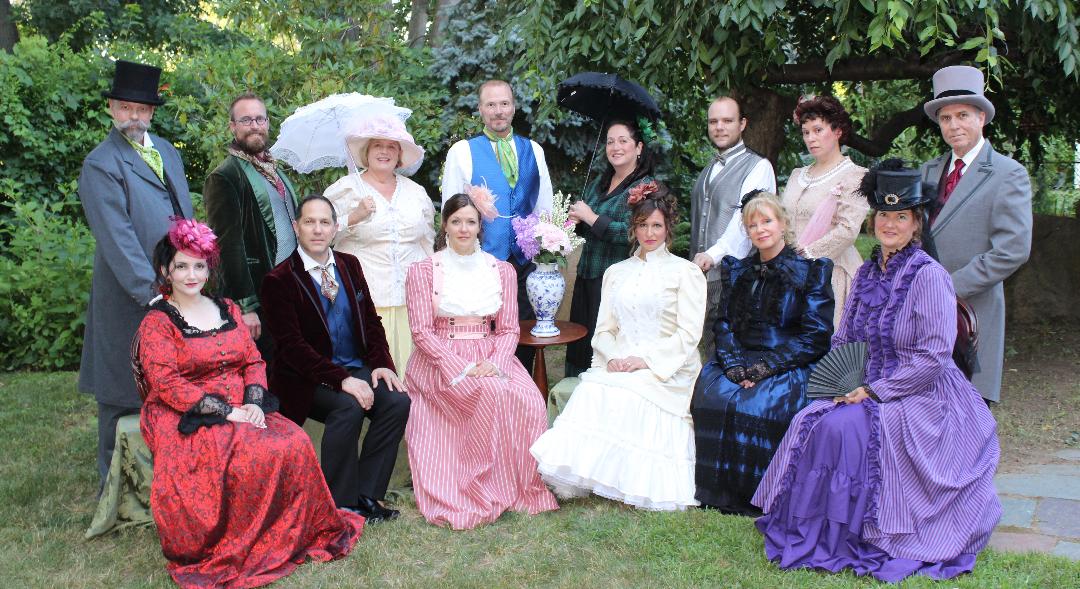 The Off-Monroe Players Gilbert and Sullivan Revue presents: G&S backward and forward. The OMP Revue will take you on a journey from ending to beginning – with a couple of side trips – of the delightful, fun, sentimental and joyful songs from the Topsy Turvey World of Gilbert and Sullivan. If you think you know HMS Pinafore, Mikado or the Pirates of Penzance, you may be in for a few surprises. Join in the fun...there may even be some audience participation!

We will be performing two 45-minute shows at 1:00 and 2:30 on Sept 15th
in the Davis Opera House in the Genesee Country Village

In 19th-century New York, “opera house” was a catch-all description for a combined music hall, community center and often a general store. Buildings like Davis Hall provided a cultural hub for a community, offering a broad range of entertainment from concerts and plays to circuses. The majority of those constructed were built between about 1860 and 1920, peaking in Western New York during the 1880s.

The first floor of the building was used as a drug store by the builder Frank E. Davis, and later served as a grocery store for the community. Upstairs was an elegant performance hall where musicians, lecturers and the occasional bear could be seen. Here, traveling entertainers belted out popular tunes and performed melodramas and comedies with mixed dialogue and songs.

The revue show is included w/your admission ticket - but seating is limited - so get there early!

More info about the museum can be found at:

BONUS!!! OMP members and patrons who come on the 15th can receive a discounted admission of $15 (a group rate discount) if they identify themselves as OMP members/patrons at the gate.

Hope to see you there!