So you want to audition for Iolanthe?? - Here' s more info! 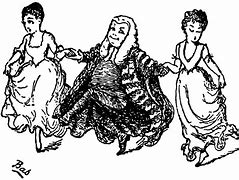 ( Regarding age limit, officially OMP has over 14, but cast members between 14 and 18 must have a parent/guardian a member of the cast or present at all rehearsals.) We haven’t had that on audition information, and addressed this at auditions if younger persons auditioned.)

Synopsis: Since its sparkling 1882 premiere at London’s new Savoy Theatre (the first to be fitted with electric lights, making all manner of magical effects possible), the fantastical satire Iolanthe has delighted audiences with its clever combination of romance, humor, political satire, and the memorable musical numbers that made Gilbert and Sullivan household names. The titular character Iolanthe is a fairy who has committed a capital offense by marrying a mortal; rather than being killed, she was instead banished from the fairy kingdom, never to see her husband again. Twenty-five years later, at the start of the show, the fairies still miss Iolanthe deeply and convince the Fairy Queen to allow her to return. Iolanthe reveals that she bore her mortal husband a son, Strephon, who is a fairy down to the waist but has mortal legs. Strephon also happens to have fallen in love with the Lord Chancellor’s beautiful and much sought-after ward, Phyllis, who loves him in return but does not know of his mixed lineage. Strephon enlists his mother and the rest of the fairies to help him win his lover’s hand by convincing the Lord Chancellor (who loves Phyllis himself) and the government to allow them to marry. Seeing Strephon in the company of a young woman (fairies do not age, and so Iolanthe looks to be a girl of seventeen), the Peers try to convince Phyllis that her love is being unfaithful, and as punishment, the fairies make Strephon a member of Parliament, magically able to pass any bill he wants. In the meantime, the fairies all fall in love with members of the House of Peers, and the Fairy Queen finds herself with a political and moral mess on her hands. In true Gilbert and Sullivan fashion, the tangled plot unravels and all ends well. This beloved classic is still a timeless favorite of light opera companies, schools, and concert stages all over the world.

Audition: January 26 6:00pm - 8:30 Celebration Hall, January 28 10-12 Shaw (rehearsals begin January 30 full schedule available at audition) a Gilbert and Sullivan piece (if you already have a piece from Iolanthe prepared that would be a nice choice) looking for strong vocal quality and skill with humor, and ability to express the character. Interested in all types, genders, ethnicities and abilities. Please bring photo/resume if you have one. If not we will want to take a picture and have you fill out a form. Prefer in person audition but if an alternative is needed send a link to your recorded audition to lrdnpa@rit.edu ( any questions can be directed to Luane Davis Haggerty, Director of Iolanthe.) Be sure to let us know of other theatrical skills you may have: dance, juggling, gymnastics, ASL, etc.