Sweethearts to be presented at MuCCC 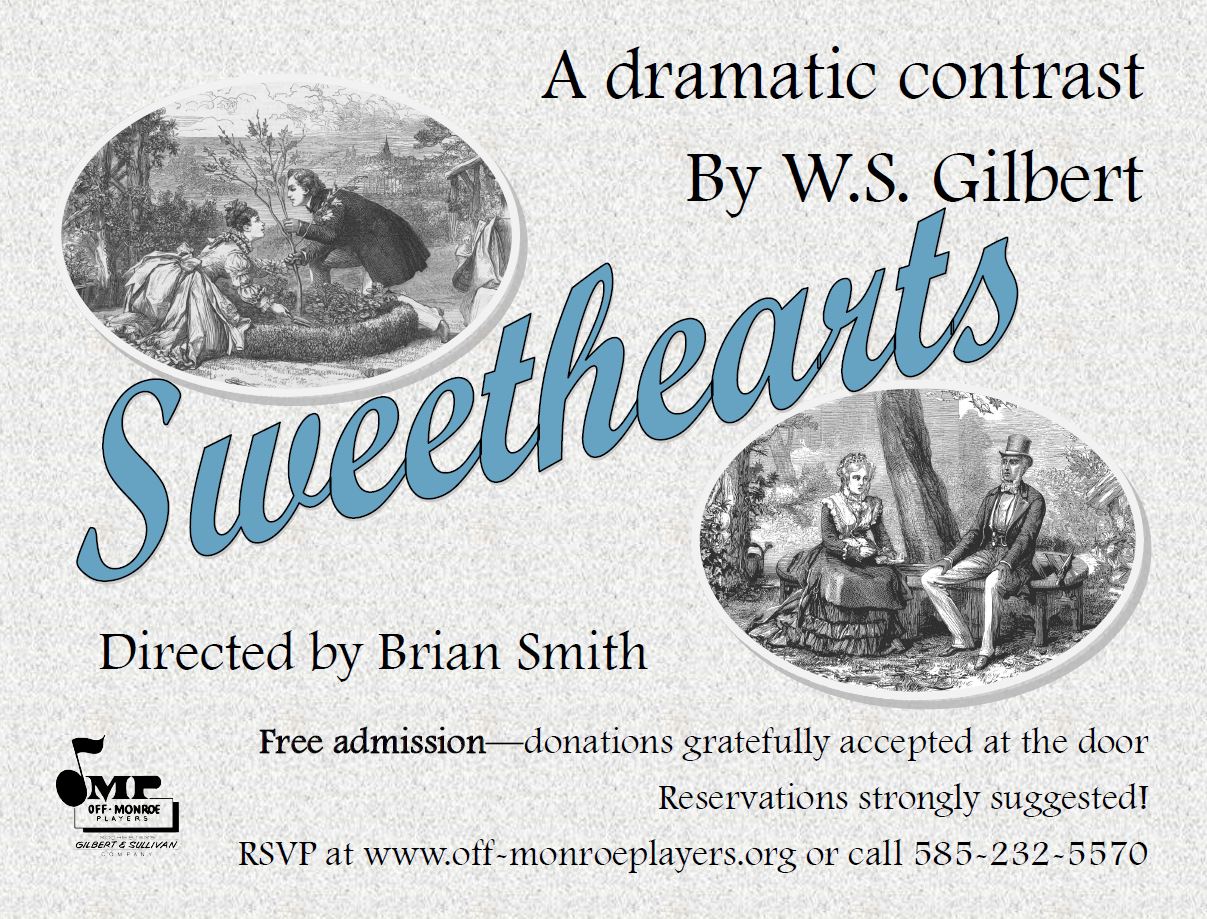 Off-Monroe Players is pleased to present:

To be directed by Brian Smith

This little two act comedy of manners was written for the Prince of Wales' Theatre where it was first produced on 7th November 1874.