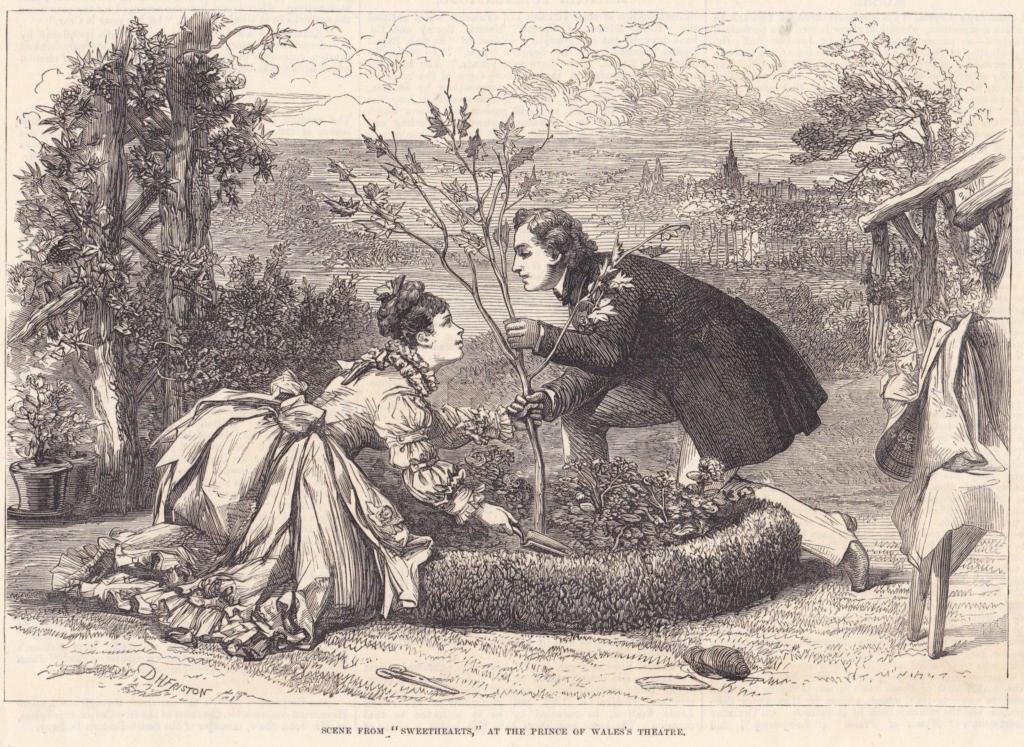 This little two act comedy of manners was written for the Prince of Wales' Theatre where it was first produced on 7th November 1874.

The plot:
Act 1 is set in 1844. A young man, Henry Spreadbrow, visits a young woman, Jenny Northcott. He has been suddenly called away to India and must leave that night. The two have known each other since they were children, but it is only now that Henry dares propose to her properly. However, Jenny is flirtatious and capricious, and delights in snubbing him. She frustrates him at every turn, letting him know that she does not care for him. He persuades her to give him a flower to remember her by; he gives her a flower in return, which she puts to one side without seeming to care about it. At last, subdued, he leaves; upon which, she bursts into tears.

Act 2 takes place thirty years later. Jenny is still living in the same house, still single. Sir Henry Spreadbrow (as he now is) returns, and as they meet again the full nature of the irony reveals itself. Jenny has remained faithful to him all those thirty years, and remembers their last meeting in every detail. But Henry got over his passion for her within the month, and has forgotten most of the details of their meeting. Jenny has kept the flower he gave her; Henry lost the flower she gave him, long ago. At last the whole truth comes out."How like a woman!" says Sir Henry; "How like a man!" Jenny retorts. As the curtain falls we understand that the real romance has only just begun.