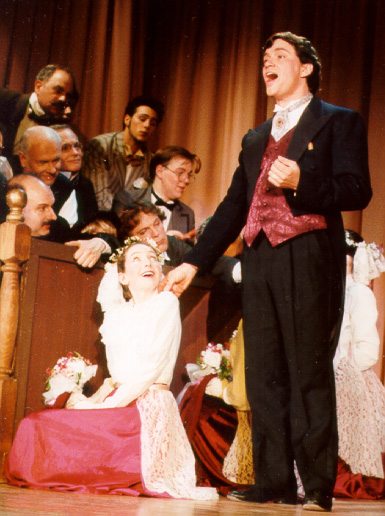 Bitter over Edwin's refusal to marry, Angelina takes him to court to demand his hand in marriage. Poor Edwin is forced to defend himself in front of a jury and a judge that obviously favor the beautiful defendant. Edwin, in fact, loves another lady and proposes that as a compromise, he marry Angelina today, and then the next day he can marry the lady he loves. The idea is refused and in the end the Judge solves the case by agreeing that he, himself will marry Angelina.