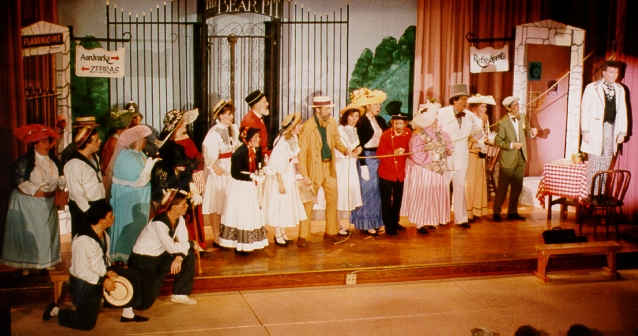 Gilbert and Sullivan's first collaboration, Thespis, ran for barely a month in 1872 and then vanished. The two parted company for a time, teaming up again three years later when a one-act operetta was needed to round out a program featuring Offenbach's La Perichole. This musical dessert was Trial By Jury, and it soon proved more popular than the main course. Sullivan and Rowe's The Zoo, written to follow a play by Gilbert, opened at another theatre three months later and was clearly an attempt to capitalize on the success of Trial. It never achieved the same popularity and all but disappeared until 1966, when the musical score surfaced at an auction at Southby's. In both operas, Sullivan's spirited music makes deft allusions to the conventions — and pretensions — of Grand Opera. And, as there is no spoken dialogue in either show, it's an evening of wall-to-wall Sullivan.